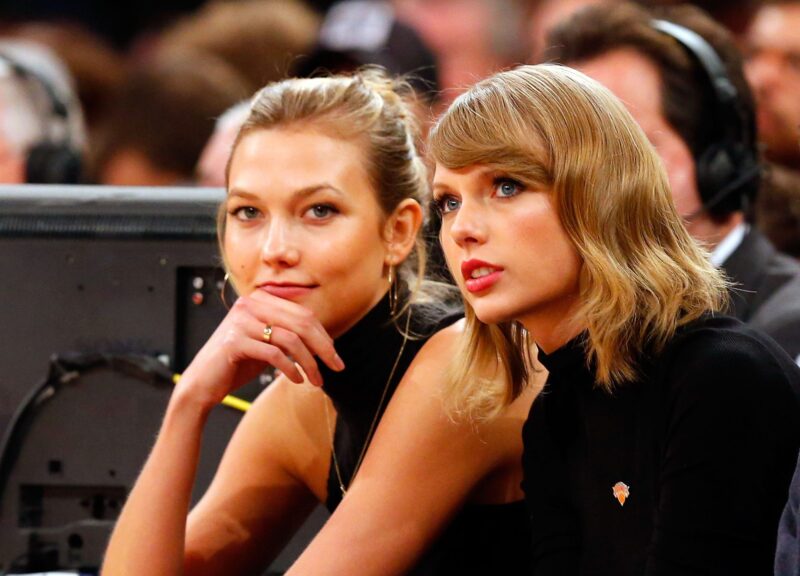 NASHVILLE, TN— This morning, Taylor Swift announced that she will be releasing a re-recorded version of her famous 2014 kiss with Karlie Kloss. This announcement came shortly after a Good Morning America segment where she discussed re-recording and releasing tracks from her album “Fearless”.

In 2014, days after Swift and Kloss walked hand-and-hand down the runway at the Victoria’s Secret Fashion Show, TMZ published a blurry video and photo-set of the two seemingly kissing at The 1975’s concert in New York City. Fans went crazy, celebrating the beautiful relationship between the two female celebrities.

One of Swift’s reps shut down the rumors with haste, saying, “It’s sad that on the day it’s announced Taylor has three Grammy nominations for ‘Shake It Off,’ I have to shake off this crap.”

Swift herself initially denied the kiss claims, but she has decided to take control of her narrative and re-record the video (alongside the rest of her old music) in the year 2021.

Unlike her other tracks, this re-record will include no Easter eggs nor hidden messages– just clear, straightforward Karlie & Taylor. Swift has hired The 1975 to play songs from a distance, and has ensured Swifties that Kloss will be wearing the same all-black outfit.

The announcement has garnered excitement and support from Swifties and Kloss fans alike.

“My eyesight has gotten worse from squinting at the old Taylor/Karlie kiss,” says 24 year old Swiftie Anna Rodney. “This re-record will greatly benefit both my mental and ocular health.”

“It will really clear things up,” agreed Riley Adams, 19, a Kloss mega-fan. “Literally, not figuratively. We know they’re not going to release any statement about their sexuality or relationship, but at least we’re getting a video that doesn’t look like charcoal.”

The video is set to drop sometime in the next two weeks. It’s a re-recorded love story/platonic friend kiss? baby just say… yes?… alright! sure!?