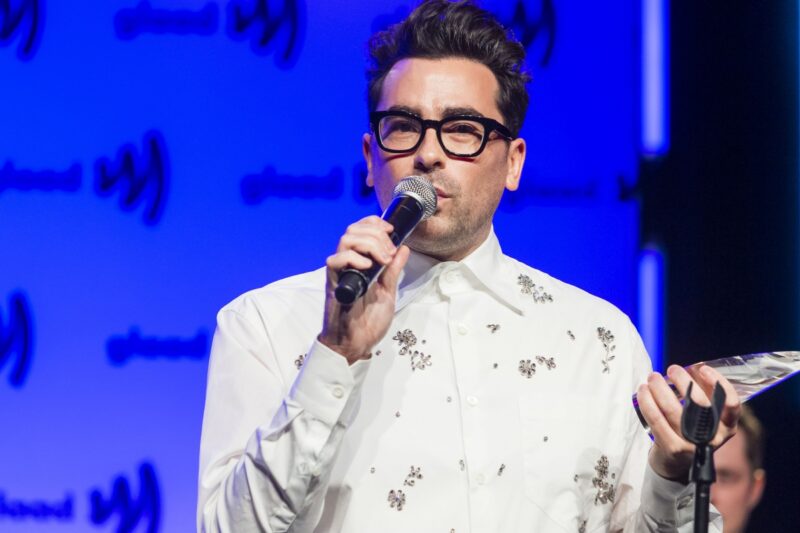 LOS ANGELES, CA— Fresh off his success in “Schitt’s Creek,” “Happiest Season,” and his year as a darling of late night appearances and social media stardom, Dan Levy has announced that for his next project the actor plans to just shut up for a little while.

The 37 year old son of actor Eugene Levy made the announcement in the form of a Vogue 73 Questions video, wherein every other answer was, “you know, I think I’ve just been so busy this year that I need a little break-ski,” as he wrapped a cardigan around his torso twelve times.

In an appearance on “The Tonight Show With Jimmy Fallon”, Levy further elaborated that after the series finale of “Schitt’s Creek” he was feeling the typical burnout involved with announcing project after project including a rom com, a potential new streaming series, a partnership with Uber Eats, and a line of monochromatic oversized sweaters. So, like Anne Hathaway after she got a pixie cut, the actor has decided to step out of the spotlight.

On a successive Instagram Live benefit for victims of astigmatism, Levy announced the hiatus would be co-sponsored by H&M, and that proceeds  from his one-week long break would benefit GLAAD and the Toronto Gay Men’s Choir.

Levy’s whirlwind year absolutely deserves a break and we look forward to seeing what exciting projects are next for the actor and comedian. At press time, Levy could be seen fielding calls from Netflix, HBO Max, Hulu, and a new streaming service from LG SmartFridge, to produce a miniseries about his own life.