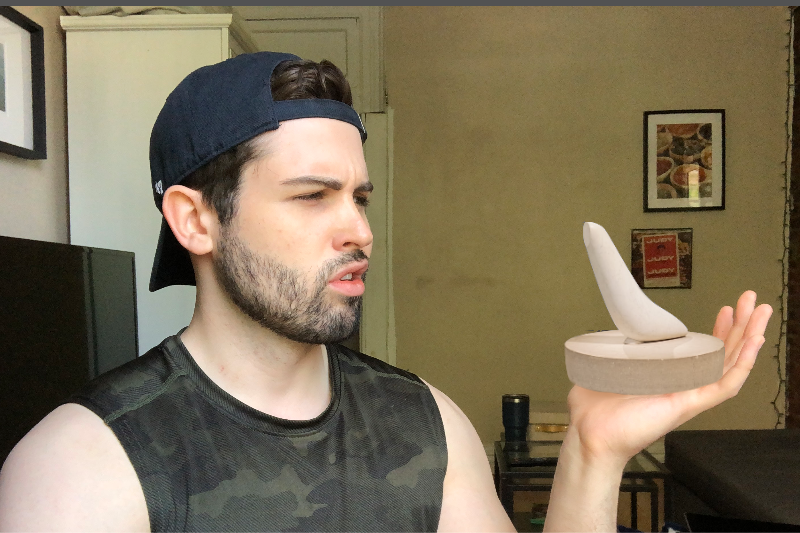 AN APARTMENT—Reports poured in across the country this week of straight people, having endured months of social isolation, abruptly producing spectacular masterworks of fine art.

While scientists have been baffled by this surge of hetero creativity, queer experts have attributed it to straight people experiencing a bite-sized version of being closted: “Yeah, this is what happens when you’re not allowed to be happy.”

In early June, Miles Campari of Southfield, Texas tried to jerk off to tits for the eighth time in a single day, when his pent up sexual frustration boiled over into an overwhelming urge to write a play about ennui.

“I’d never felt that way before,” said Campari over a Zoom call, “As if I was being stopped from living my true self. It felt like… sadness? Am I saying that word correctly?”

Similarly, Maryland resident Joan Roche reported that after just two months of celibacy, she blacked out and woke up to a breathtaking painting of her own vagina sporting a Jesus beard. The piece, which she titled Jesus H. Cunt, just sold at Christie’s Auction House for $3.8 million.

“It’s hard to keep up,” said Auctioneer Claude Lumet, “We’re getting hundreds of masterpieces every day, all from straight people experiencing slight discomfort for the first time.”

The flood of art has affected the online world too. Twitter has extended its character limit to “10,000,000 colors,” and the entirety of straight Instagram is being put on display in the Louvre. TikTok has remained completely unchanged as a haven for avant garde dadaism.

Needless to say, governing bodies are struggling to address the crisis. “We’re at risk of overwhelming our museum system!” said Governor Andrew Cuomo of New York. “Some curators are working 72-hour shifts without proper fancy silk gloves. I’m mandating that all straights go outside immediately.”

In New York City, the epicenter of the Heterenaissance, the federal government has docked an aircraft carrier in the Hudson River to serve as a makeshift gallery space. However, flattening the straight masterpiece curve will depend on how much straight people adhere to social proximity protocols such as ultimate frisbee requirements.

Country music is being pumped into the streets to lure straights outside and sports bars have been allowed to prematurely advance to full capacity for hot wings and pissing all over lowered toilet seats. Only time will tell if these tactics prove successful.

The gay community has responded somewhat tepidly to all this, calling much of the straight pandemic art “derivative of our AIDS epidemic era work.”