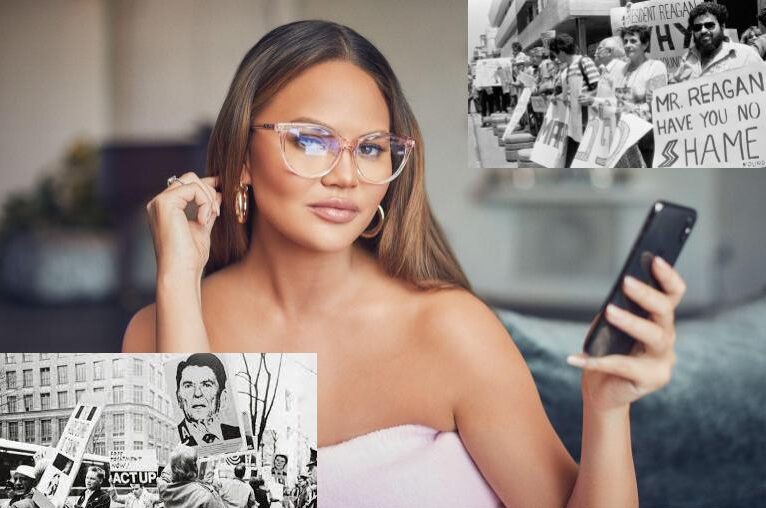 Chrissy Teigen built her brand on Twitter with #relatable observations and witty comebacks. Although her public opinion has waned after old tweets cyberbullying a teenager resurfaced, we were inspired to comb through Chrissy’s other old, now deleted tweets in hopes of redeeming her. What we found will blow your mind. Do Chrissy’s tweets actually provide an important lesson in 80’s history?

#GMHC has been the first responders to the AIDS epidemic for 30 years in NYC. Amazing organization and proud to attend tonight.

The Gay Men’s Health Crisis (GMHC) was founded in 1981. Teigen’s choice of words, “proud to attend,” is because Pride month is a time of celebration and reflection in the queer community. They were heavily affected by the AIDS crisis, colloquially known as a “gay cancer” which the government and media ignored at the time.

It is lame. Sometimes things aren’t that serious. It stops me from wanting to say anything because it gets so twisty.

Each and every Chrissy tweet contains LAYERS, honey. Here, a diatribe against twisting her words becomes a short monologue channeling Reagan’s press secretary Larry Speakes, who for years deflected and joked about the severity of the AIDS Crisis. Give this Thai-con a Tony Award AND an HRC Visibility Award right now because she fucking nailed the performance!

3. Reagan Stigmatized AIDS As A Punishment For Homosexuality

This comment on a cooking video of someone sticking their finger in a bare, unseasoned chicken cutlet tips a hat to the kind of homophobic thinking that the Reagan Administration weaponized using the AIDS Crisis.

4. The Media Hid The Severity Of The Crisis

I am fascinated by “sheet pan meals” right now – sides and main cooked on the same temp at the same time on the same pan. New York Times cooking has some of the best. This is tonight:

5. Reagan Was Never Held Accountable For His Inaction

ugh natalie portman is so pretty i wish she ate animals

I don’t know about you, but I think this one is obvious. Natalie Portman doesn’t eat animals, but Ronald Reagan was an animal she should eat for how he treated the gay community. Why say more?

Wow. Even though she told a sixteen year-old to take a “dirt nap” and allegedly DM’d them even worse messages, Chrissy still found the time to educate the next generation on our activist history and for that we are grateful. No choice but to stan!