Love Wins! These White Supremacists Found Each Other On #ProudBoys Twitter 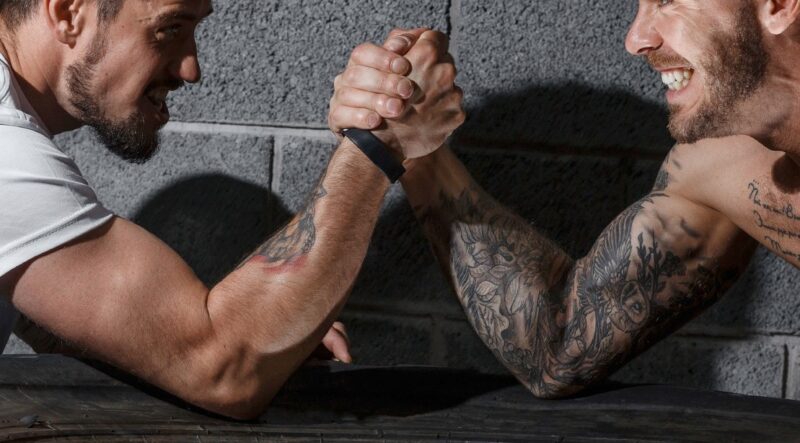 TULSA, OK— Eric Casso, a Proud Boy, and Danny Smith, an Instagay, took to social media earlier this week to announce to their #ProudBoy family, and the white gays who thirst after them, that they are officially off the market. Crediting the safe space of the Proud Boys community, they have entered a manly and testosterone-fueled relationship.

Eric Casso tweeted that he found his Mr. Far-Right in Danny Smith and is happy to have someone who is “homosexual but not in a gay way”. This was accompanied with a picture of them holding hands and pistols outside of a polling place.

Their story starts with a digital meet-cute on #ProudBoys, when the hashtag was popping off in a rugged way. After meeting Casso online, Smith knew it was now or never. Smith shared candidly that “I could choose to be single forever, or I could surround myself with men who were obsessed with being men, had zero female friends, and were aggressive about it. In fact, they fit in with my current friends quite well.”

Smith recalled that he recognized Casso in person from their time online when the Proud Boys were holding a verbally violent demonstration while Smith and his friends watch from their brunch patio seating. After downing a mimosa, Smith did the bravest thing he could think of – approach a man who looked amazing in a tight short sleeve.

“It was actually thanks to the influx of non-melanin homosexuals who showed their support for The Proud Boys mission. When I looked through their profiles, I saw wide acceptance of the idea that when all your friends are white, then things are, in fact, alright.” Casso shared while misting the air with Anarchy Body Spray, the official scent of white men who may punch you because they are too afraid to cry.

The couple shared that they have been inseparable since their first official date at TopGolf for an initial “get-to-know-you-and-what-you-hate” session of beer, wings, and touching little white balls with sticks. Both men’s Instagram showed them seamlessly integrating their friend groups over activities such as bullying people on the dance floor and rolling their eyes when Black women are speaking.

The couple was announced yesterday as recipients of the VH! Trailblazer Awards for their ability to showcase “diversity” and “inclusion”.