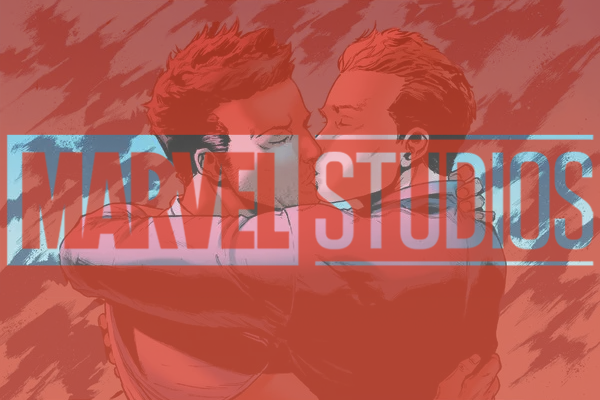 Move over, Ant-Man, Captain Marvel, and Tobey Maguire’s career! After Marvel received criticism for the lack of queer representation in their films, the studio has announced it is moving forward with the first gay superhero feature film in the MCU. The film will focus on a 20-year-old college student, Sean Ryan, who transforms into his superhero persona: Entrance. Entrance has got it all—the looks, the perfect boyfriend, and great dental insurance. But fans will love his most heroic asset—he’s always late to everything!

Sources close to the Marvel studio are reporting that the film will be over five hours long. The choice was so that any gay male fans, who might need to show up late for a really good reason will not miss out on this crucial new representation.

The film will follow Entrance in his journey to defeat his arch-nemesis, Deadline. The villainous Deadline gains control over the Time Stone, and he won’t stop until all meetings are pushed up, happy hour does not exist, and every hookup is a quickie. It is Entrance’s duty to restore Earth to a more flexible and forgiving schedule.

Fans of Entrance’s comics will remember the time he teamed up with The Avengers to defeat Ultron. Entrance’s arrival provided a vital element of surprise 45 minutes into the final battle that gave the team the upper hand.

Entrance’s barrage of apologies about his iCal not synching forced Ultron to reassure his heroic adversary that it was seriously no problem at all. This perfectly crafted distraction allowed Iron Man and the Hulk the opportunity to land the finishing blow that led to Ultron’s demise.

True Marvel moviegoers will be interested to see how Entrance fits in the MCU. A scene from the trailer shows that Entrance was sitting at a Sweetgreen for hours on his phone right before the “snap” by Thanos.

Look for Entrance’s new feature film coming to a theater near you in 2020. It might be a little further out—so probably 2021. Actually 2024 sounds a lot more realistic. Sorry sorry, thanks so much! See you there!