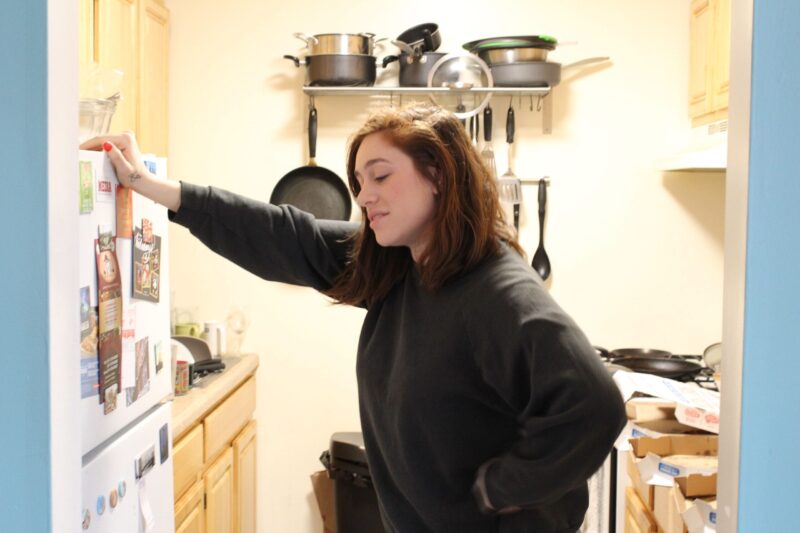 AUSTIN, TX— With the Presidential Election quickly approaching, one local lesbian, Jan Barson, will be voting for the Democratic Presidential ticket with the same enthusiasm she feigned for her eighth-grade beard. Barson explained her choice: “Now, just like in eighth grade, I know it’s my only option right now, so I’m going to just bite the bullet.”

When Biden was confirmed as the official Democratic presidential candidate, Barson couldn’t help but feel like she was being asked to the Spring dance by her beard all over again. Barson stated: “I knew that rejecting him meant that I might get outed or asked by someone worse, so I made sure to force a smile and just accept that rose.”

Barson’s eighth-grade boyfriend, like Biden, was a better option than other candidates at the time. Barson explained that although Troy, was not a queer woman, he did play guitar and actually wore deodorant. When compared to smellier eighth-grade boys or the possibility of accidentally outing herself, Troy “won by a longshot.” She clarified, however, that the deodorant in question was Axe body spray.

The decision to muster feigned excitement for Biden/Harris has eased tension between Barson and her parents. Much like when she introduced Troy as her boyfriend, Barson’s parents were visibly relieved to know their daughter’s voting preference. Barson’s mother explained, “I was worried when I saw those Bernie stickers on her Nalgene, but it’s nice to see she’s settling down with a good centrist candidate.”

Barson’s mother proceeded to order a Biden/Harris t-shirt for her daughter, which was worn once for a selfie before being relegated to the back of a drawer.

Much like when she was kissing her beard, Barson plans to just close her eyes and picture someone else in the polling booth. “Back then, it was Keira Knightley in Bend It Like Beckham. Now it’s a candidate that actually supports universal healthcare,” Barson shared. Barson hopes to one day vote for a candidate that makes her as happy as her wife and two dogs do.