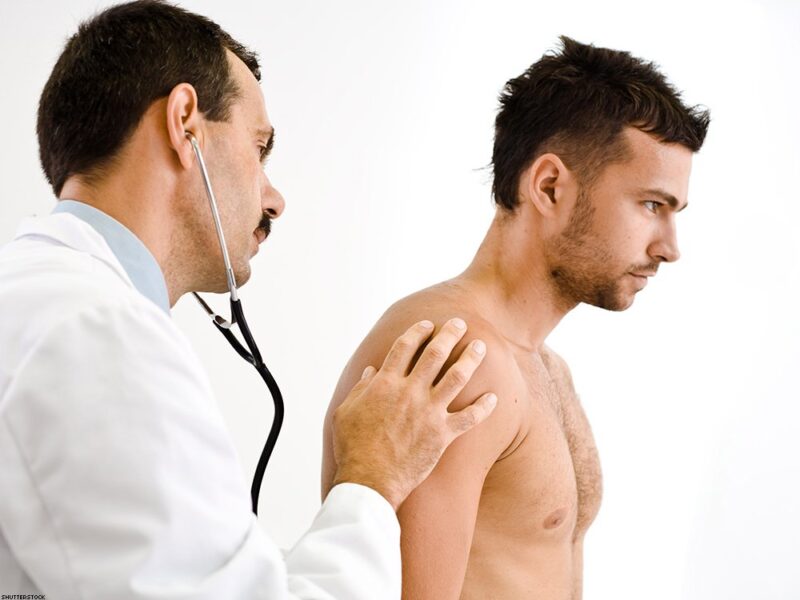 SANTA FE, NM— When Jordan Mayer, 26, decided to spice things up in his relationship with his boyfriend, he didn’t expect to be saddled with thousands of dollars of medical debt, but weeks after a role play inquiry about his “broken ass”, boyfriend Kendall Helmsley sent a bill for $6,000 and told Mayer he can discuss payment options with the billing department.

“I guess I just assumed insurance would have covered it,” said Mayer, as he set up a Go-Fund-Me to pay for the surprise debt, “and I didn’t know that a broken ass was considered a pre-existing condition.”

Across the country, thousands of people have been victims of insurmountable debt as a result of sexy doctor role play. Despite widespread support for Medicare for All, medical role play fees have skyrocketed in the United States in the past decade as a result of lobbying by insurance and pharmaceutical companies, as well as a rise in people “needing someone to do a full body examination, Doctor Cock.”

“It just knocks you off your feet,” said Angela Robitussin, who has been working two jobs to pay off the debt incurred after their partner billed them $8,400 for two hours of doctor role play. “And on top of the student loan bills I already had for professor role play with another ex, it’s going to be years before I have this all paid off.”

Mayer has spent days on the phone with his insurance company, processing the itemized receipt, which included such charges as $850 for “using that little knee kicky reflex thingy, but on my dick.” After completing a series of complex puzzles, riddles, and scavenger hunts, the insurance company simply told him to talk to the doctor directly.

When Mayer informed the representative that the “doctor” was simply his boyfriend in a jockstrap and stethoscope, he was told that he would have to submit a request that would take anywhere between 1-1000 business days, upon which a member of the insurance company may take a look at his claim and scoff.

“It’s highway robbery,” Mayer said, as he signed up for plasma donation. “I’m so glad it was just a broken ass, who knows how much money it would have been for something worse, or if I had taken an ambulance to my boyfriend’s house instead of an Uber.”

When asked if Mayer had broken up with his boyfriend as a result of the incident, he laughed. “I mean, he is a doctor after all… but considering every time we fuck I get billed the price of a small house in 1945, I’m currently looking for a fuck buddy that’s in-network.”