Couple Goes As ‘Butch Portrait Of A Lady On Fire’ For Halloween, Hopes People Still Get It 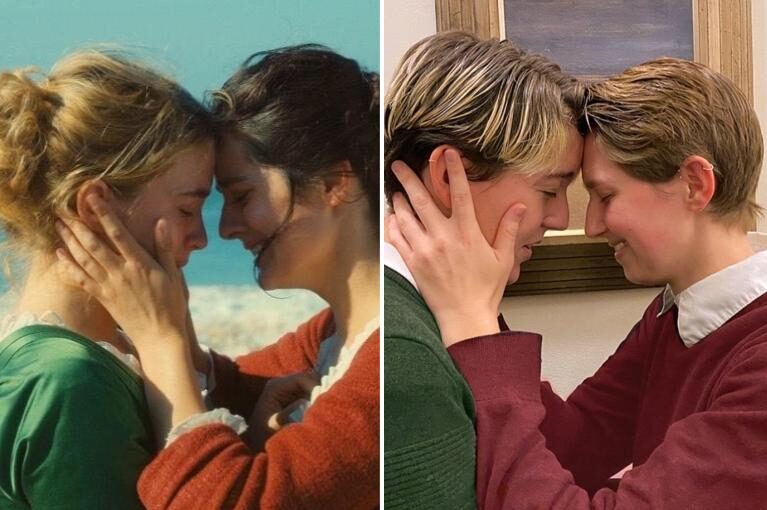 NASHVILLE, TN— This year, 25-year-old enby HH Wells and their butch girlfriend Morgan Franklin are planning to attend a virtual Halloween party as Héloïse and Marianne, the two long-haired, dress-wearing French heroines of Céline Sciamma’s film Portrait Of A Lady On Fire. The only problem? HH and Morgan refuse to wear dresses or wigs (even on Halloween). The couple has instead opted for a short-hair, pants-wearing, butch-Portrait look.

“That shit majorly fucks with our gender identity,” Wells explains. “I know they didn’t have Doc Martens in 1770s France, but I think they have the same vibe as the shoes a young lesbian painter commissioned to secretly paint the wedding portrait of a reluctant bride would’ve worn.”

“I refuse to wear a dress, but I need to know what it feels like to be a French dyke,” says Franklin.

According to family and friends, the couple has been hard at work preparing the cinematic costumery for the virtual event, despite the alterations and unprecedented circumstances this Halloween.

On Monday, Franklin went to Lowes and purchased a large “masc paintbrush” for her look. Wells stayed home and practiced a French accent before deciding that French is “too feminine of a language” and nixing the accent idea altogether.

Benjamin Needles, a long-time member of Wells and Franklin’s friend group, says that this is not the first time the couple has altered a femme-lesbian costume to fit their gender needs.

“They attended last year’s party as ‘Butch Carol’,” he explained. “Instead of silk gloves, HH wore leather-palm safety cuff construction hand-ware that they had leftover from a build-your-own frisbee golf project.”

Needles says that people still sort of “got” the costume because HH is blonde and Morgan is brunette. Also because they spent the entire night going around and saying “we are Butch Carol”.

This year, the biggest decision that Wells and Franklin face is whether or not to tape a piece of construction-paper “fire” to HH’s leg.

“It might clarify the costume, but it also might look really stupid,” says Franklin. “At the end of the day, Sciamma’s film revolves around a little lesbian secret. So even if people don’t “get” who we are, we know who we are. And that’s sort of a perfect tribute in and of itself.”