A Day In Activism: My Young Gay Ass Went To Stonewall 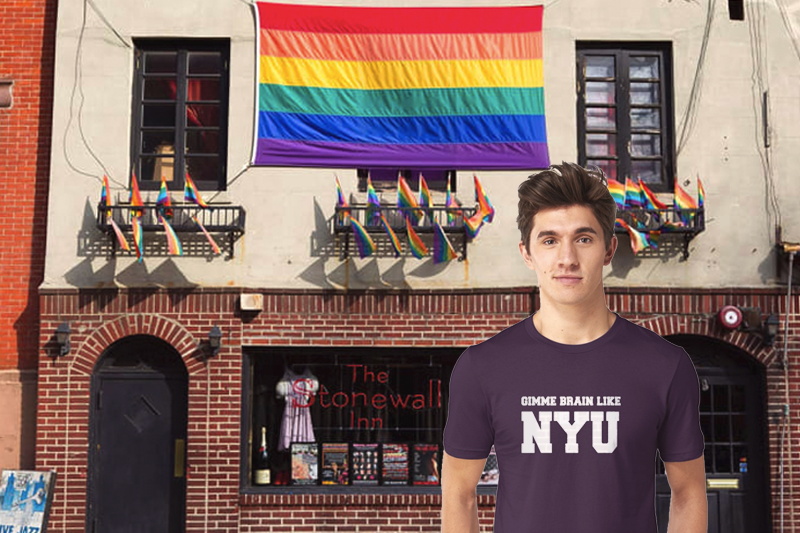 Okay, have you even heard of gay rights???

This week I was exposed to something new and amazing in my History Of Queer Cinema class at NYU (I go to Tisch (Go Purple!)). We watched a doc on the Stonewall Riots from the 1960’s (something major in gay history y’all) and I was sitting there and thinking “wait! I’m gay!” I realized I had to make a trip! And guys (or GALS even?), it’s incredible.

As I enter the gay middle-age of my early 20’s, I’ve decided to become generally a whole lot more aware of everything. I read articles about Tr*mp, talk to people who aren’t majoring in film watching, rode a bus once, and now…? I see historic landmarks!

The Stonewall Inn is indescribable, though in many ways, it is a plane brick building with a single window. Walking in, I can feel the history in the air. From the barely-standing pool table to the bathroom’s “Fag Hags welcome!” graffitti, this is less a bar than it is a church. This is where some people a long, lonngg time ago stood up and were like “HUNNI, RIGHTS????” Where that historic brick was thrown and some twink said “Let’s top these cops!” It’s frankly impossible not to become overwhelmed with emotion.

I knew Stonewall was a gay Mecca, but I was just not prepared for the level of queer energy I encountered! It was amazing to get away from toxically heteronormative environments like the New York University’s Tisch School for the Arts. I spent most of my time talking to a group of girls there for a bachelorette party who were LIVING! It was just so amazing to go to this GAY bar in 2019, being out and proud or just a straight woman and saying “this is our space, Ivanka!”

Okay, you want history? Here’s what’s up: the bar was constructed in the 1800’s (gag me, Daddy) and was soon after made a national landmark by President Barack Obama (before my time) after AIDS was cured in the bathroom by Liberace. Slay much?

I’m going to keep searching and LIVING for queer spaces of empowerment. And I encourage all you readers to do the same. Gay history? It’s compelling! And I can’t wait to see where it goes (Marriage???).