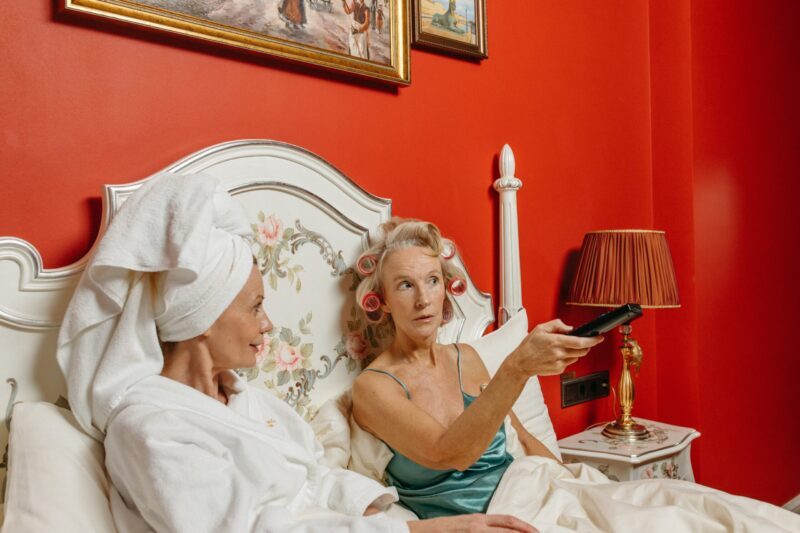 DENVER, CO— Friends and family of Joy Bannister and Trish Rook are delighted that the two ladies, both 61, finally pushed their beds together in the Denver, CO condo they’ve shared for 22 years. Bannister and Rook have been devoted roommates for as long as friends and relatives can remember.

When Rook’s family found out that she and Bannister joined their twin beds together, many of them sent cards and called to congratulate their aunt on finally coming out. But Trish Rook had an explanation; “The whole thing is being blown way out of proportion. I was sweeping one day and dropped the broom between the beds. That’s when I realized if they were pushed together, that would never happen again.”

“It was a purely practical decision,” Rook explained. “I’m a very practical person. Besides, our handmade quilt from the Frida Kahlo Museum gift shop fits way better on the beds when they’re joined.”

Rook added that the beds will never be separated again. “Those beds were heavier than a pack of Great Danes. And I should know, I used to breed them. They’re stayin’ together. Till death do us part”.

When told about the furniture rearrangement, Trish’s niece Nicole rolled her eyes. “I don’t get why Aunt Trish doesn’t just come out. She’s lived with Joy forever. They have a statue of Annie Lenox’s head on the body of a mermaid. They’re clearly gay. Nobody cares”.

“We were just two gals living together in a one bedroom to save money, plus Trish wasn’t making much working down at the tannery,” she said. The arrangement worked so well that, over the years, Rook and Bannister decided to stay put. “The way we saw it, if it ain’t broke, don’t fix it,” muffled Bannister through a beekeeper’s mask on the duo’s terrace apiary.

Trish Rook’s niece Nicole added that as far back as she can remember, neither Aunt Trish nor Aunt Joy have ever dated anyone. “That makes it pretty obvious to me that they’re a couple,” added Nicole.

But Joy and Trish laughed at the idea of dating. “Ha! We’re way too busy for that,” said Joy while stirring a thick brew on the condo’s community roof in her antique cauldron from Salem. “It’s Okrafest! I’m makin’ stews for the whole building!”.

Trish agrees their calendar is simply too packed for dating. After Okrafest, the duo will spend the winter ice fishing in Canada and the spring shopping for antique cash registers.

This summer, the pair plan to vacation together in Maine and have booked a honeymoon suite complete with a heart-shaped bed. Rook was quick to provide an explanation; “the hotel had a deal we couldn’t pass up. That room was heavily discounted. Only that room”.