Speaking Out: My Gaycation Was Ruined By Traveling With Gay Friends 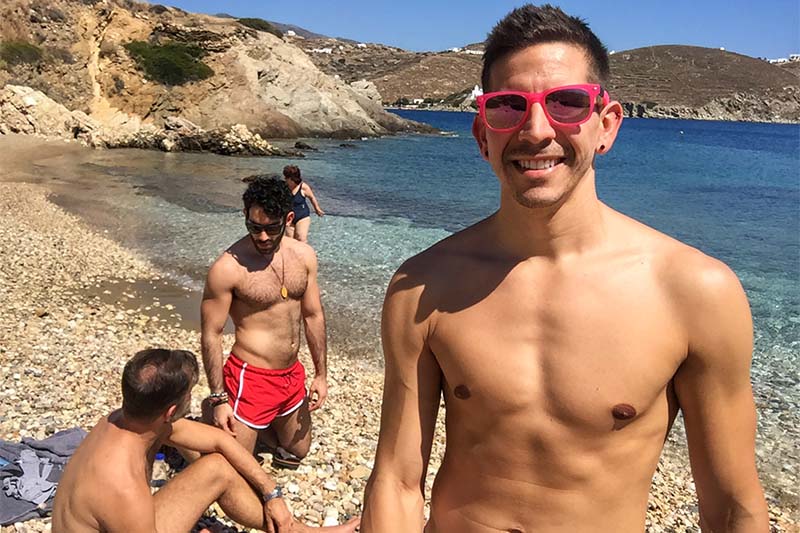 Mykonos has become the destination for queers to let loose, tan their abs and wear a speedo with Kim Petras’ face on the crotch. It’s nothing short of a gay island paradise. Or, at least, it should be. I, however, made the terrible mistake of gaycationing with actual gay friends.

I meet my gaggle of gays early. Myself, Andy, Stephen, slightly shorter Stephen and Stephen’s “boyfriend” of three-weeks Achilles.

Does anyone know Achilles? No, but being murdered by a semi-stranger still seems preferable than the scene Stephen would cause if he wasn’t invited. They’re sharing a twin.

Halfway to the airport Andy busts out poppers and is later detained at the airport for calling a TSA Agent “Zaddy Trump.” We barely make our flight. Andy gives us all some Xanax. #GaysWhoTravel

The Stephens are somehow already deeply entrenched in a fight over either Pete Buttigieg or who’s dating Achilles? It’s actually not super clear which Stephen was dating him yesterday.

Andy pours us some tequila shots while complaining about his hang over and we black out before getting to the beach. #BeachBitches

Nursing hangovers from a night of drinking and Andy trying Meth, we decide to head over to see the ancient Greek ruins of Delos!

Things are looking up as Achilles has picked a Stephen and Andy has assured us he’s done with the drugs for the rest of the trip.  All of us awkwardly see someone we’ve had sex with at the ruins and we leave after 3 minutes. #Ruins #AristotleIsDaddy

We find Andy at an underwear party down the block from our hotel and he tells us he’s been awake for 36 hours. He refuses to go to a hospital, so instead we just do a bunch molly that he pulls out of one of his socks.

Slightly shorter Stephens ditches his underwear to strut across one of the bar tops as normal-sized Stephen starts yelling at someone about Equinox gays.

I hook up with Achilles. It’s not great. #BAEcation

We get gyros and paint our nails. Andy pays a guy to beat him up. #ButMakeItFashion

Silent, badly burned and full of regrets, we pack our bags and leave paradise. Andy takes some ibuprofen before the flight. The Stephens fill our 9 hour flight with an argument over whether #HotGirlSummer is problematic.

I hook up with Achilles again in the plane lavatory. He has these… dead eyes. I decide I love him. #HotGirlSummer

So, is Mykonos all it’s cracked up to be? I have no fucking idea, but I can tell you the comedown from Molly is life shattering. If you’re looking to unwind, see some sights and maybe flirt with some exotic Greek Adoni, then you need to fake your death. The gays are a menace. Especially the ones you trust.

Definitely going back next year with the same group!