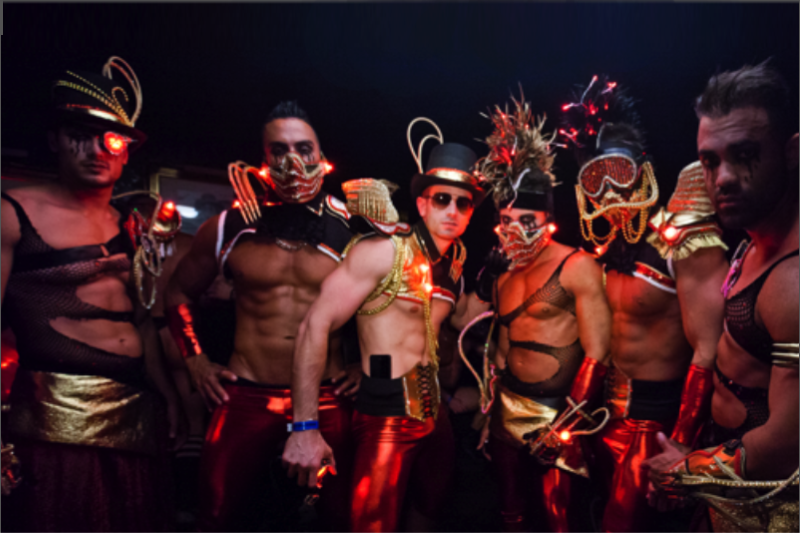 “I really thought I was going to win, I put a lot of work into my costume this year,” said Brock Willis, 28, whose sexy gay Yoshi consisted of a green harness, a green jockstrap, green knee socks, and a green snapback that read “RIDE ME MARIO.” Interestingly enough, Willis’ costume was nearly identical to the sexy gay Grimace costume worn by Tyler Miller, 24. Except Miller’s harness, jockstrap, socks, and snapback were purple, and his hat read “GRIMACE EATS ASS.”

“It was an impossible choice to make,” said bartender Steve Gardener, 38, who was the only non-pornstar judge of the contest. “How do you choose between sexy gay Handmaid’s Tale and sexy gay Clifford the Big Red Dog, especially when they’re both wearing the same red armcuff and thong. My personal favorite was sexy gay Madeline because the guy had a red wig on, but then sexy gay Annie also had a red wig. Madeline had the nicer ass, but Annie had bigger arms so you see the kind of bind we were in.”

Initially the announcement of the draw was met with confusion and mild outrage, but soon the anger gave way to a G-induced euphoria as all 58 winners chose to look at the outcome as a way to celebrate each other as fit, conventionally-attractive gay men who took a risk and looked hot on stage.