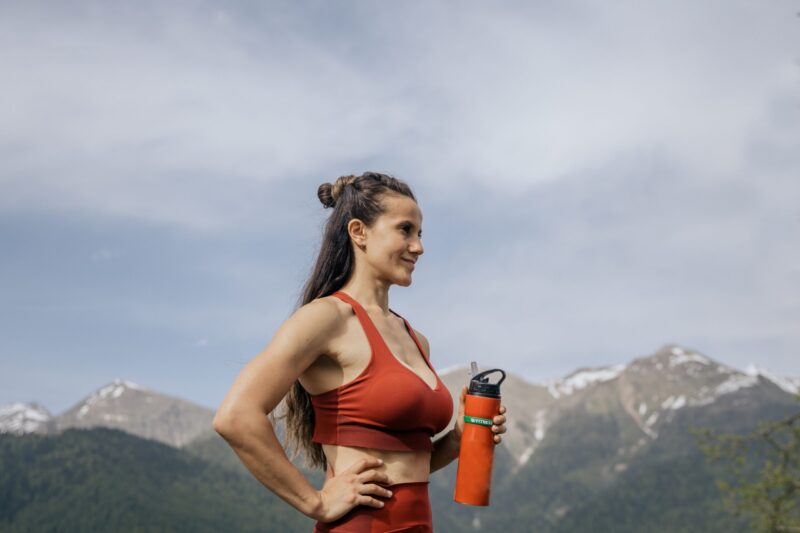 BOZEMAN, MT—In the battle against climate change, individual actions often feel futile–unless you are local lesbian Nat Elm and her ginormous water bottle. Using a seemingly bottomless 64 oz water bottle, Elm was able to turn back the tide of a devastating drought that was poised to decimate local ecosystems.

At press, Elm stated, “I’ve often been asked why I could possibly need a water bottle this big. I hope my actions here can answer that question.”

Elm discovered the power of her water bottle at the Dyke March, where she single-handedly hydrated hundreds of lesbians on the brink of passing out. Elm filled the bottle with chilled filtered water early in the morning, yet she was still reviving lesbians by sundown. According to one dyke witness: “they would have died without her and that absurdly large water bottle.”

Elm then knew she had a responsibility to use her power to fight climate change. She lugged her bottle across the state, pouring water from all the highest peaks. Water from the bottle flowed down to rivers and streams, reviving essential estuaries.

She also stopped along the way to refill various reservoirs and irrigate local farmlands. “My kids will have food on the table thanks to that dyke and her way-too-big water bottle,” said one grateful rancher.

According to the local Wildlife Preservation Society, Elm’s water bottle saved more than 12 key species on the brink of extinction. Society President Tom Warburn wrote, “this is what we mean when we say even one overly-hydrated lesbian can make a difference.” The Society plans to unveil the “Nat Elm’s Big Water Bottle Water Conservation Educational Facility” to honor Elm’s actions in Summer 2022.

As if she had not done enough already, Elm is now set to address ecological catastrophes across the globe with her heavy, loudly clanking water bottle. Climate experts predict that a water bottle of that size could be capable of putting out wildfires, cleaning up toxic waste, and even, if utilized correctly, lowering the rising sea level.

When asked where all the water came from, Elm simply explained, “my Brita.”