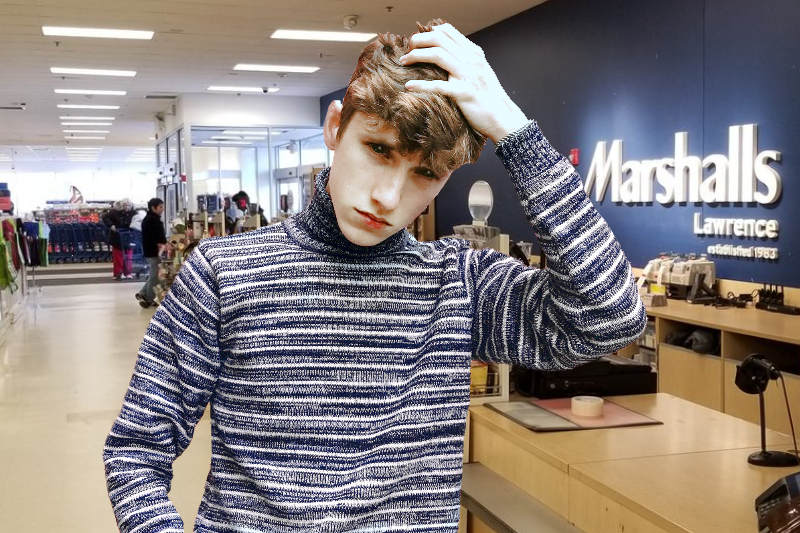 A landmark Supreme Court decision declared that the Civil Rights Act of 1964, which prohibits sex discrimination, will now protect employees from being fired due to sexual orientation and gender identity. Brandon Miller, a 25-year-old gay cashier at the local Marshall’s, celebrated the decision by sipping a large Diet Pepsi on his cigarette break and coughing up brimstone.

“We are proud to have Brandon as our only openly gay employee,” said Debbie Warner, the local Marshall’s General Manager. “However, we have had complaints that he is terrorizing customers with demons from Hell and that’s why we are actively trying to fire him.”

LGBTQ+ advocates anticipate a wave of litigation testing workplace protections, but local business leaders guarantee that Miller will unfortunately keep his job. The staff has begun collecting detailed testimony from devastated customers to prove Brandon is not being targeted for his sexual orientation, but for unleashing the fury of Lucifer upon suburban mothers.

One customer, choosing to remain anonymous, brought a Coach handbag to the register and said, “I could never afford a designer bag like this if it weren’t from Marshall’s,” to which Brandon replied, “Yeah I know,’ before his eyes turned black as smoke. “No one deserves to be treated that way,” read the customer’s formal complaint.

Critics of this witch-hunt point out that Miller has been the only openly gay employee at this local Marshall’s for five years. Advocacy groups warn that if his employment is terminated, he could lose access to healthcare, housing, and discounted skincare.

“Straight people should be scared of me,” said Brandon. “If they want some people-pleasing fairy saving for his mission trip to serve them on his knees, then they should buy their skincare at Chick-Fil-A.”