All Pigeons are Queer, Unionized, And Ready to Vote 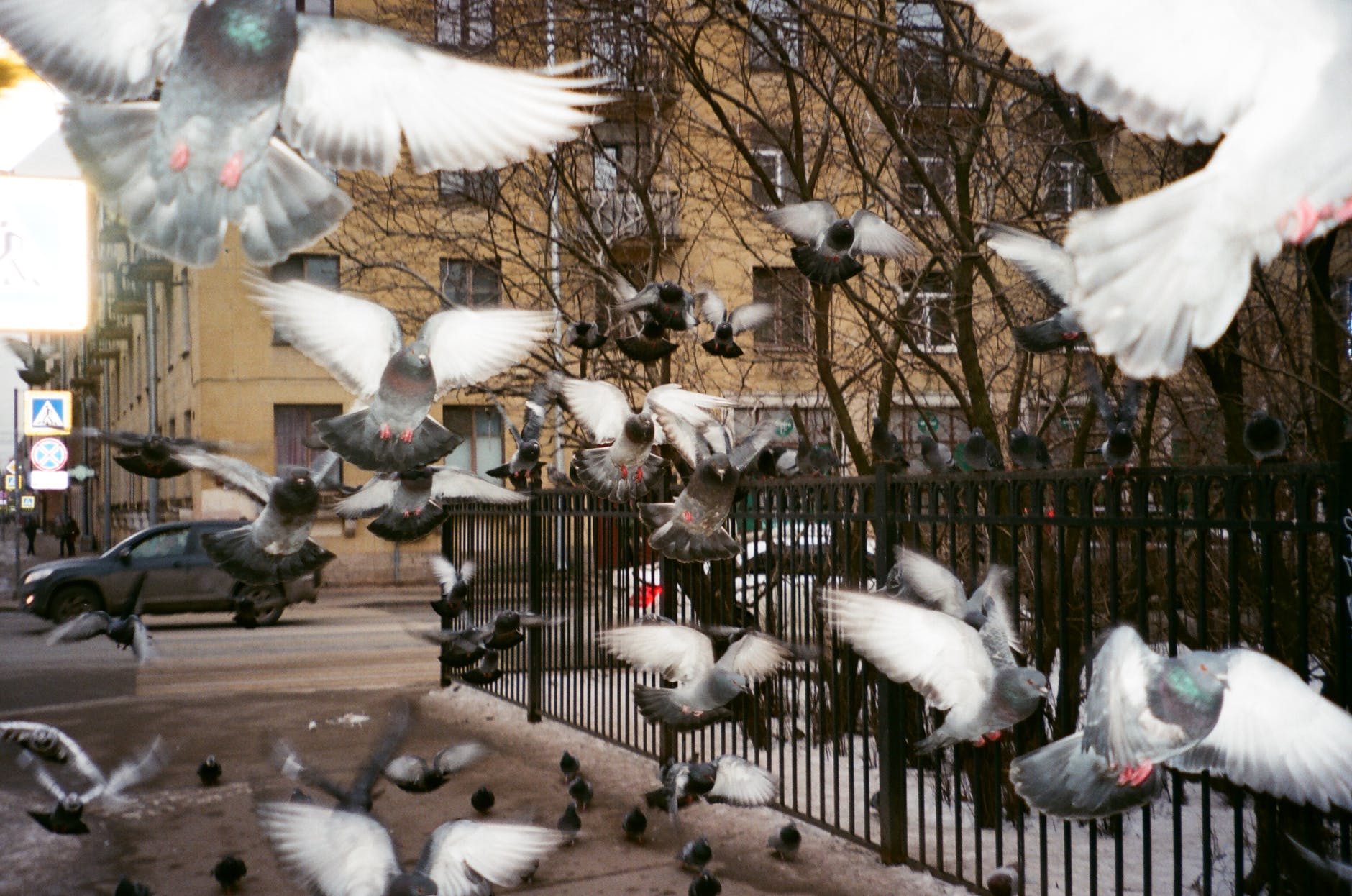 Birds everywhere are facing a harsh winter and an even harsher job market. From homing pigeons to emotional support at the local parks, these beaked brethren are left without a feather to fly on. And they’re not going to take it anymore because all pigeons are here, they’re queer, and they’re weaponizing their workforce!

What began with peaceful protests escalated to the violent, bloody, and unforgettable Pigeon Riot in Central Park that resulted in many scarred human children and seven ruined sweaters. Since then, one brave genus has come together to protect themselves and their four million loved ones. Birds are leading the charge, and of course, the pigeons are at the forefront of the resistance.

The rally this past Sunday at the dropping-speckled head of the Christopher Columbus statue brought forth a message of peace and hope. A flock of one thousand, originally drawn to the area by a dropped everything bagel, listened to the proceedings, feeling hopeful.

The main union leader, Mango, an American Bohemian Pouter, had some words to say about the future:

“WE MADE UP THE MAJORITY WORKFORCE ONCE.” Mango said in a toothless squawk. “GRANDBIRDIE KIWI WAS MAIL CARRIER IN WORLD WAR TWO. NOW THE SUDDEN JOB LOSS LEAVE OUT IN COLD. WHICH IS FINE SINCE WE DON’T MIGRATE. BUT STILL!”

This is a popular sentiment among bird kind, although of course the loudest voices remain the pigeons at the forefront. Giddy McGirdle, union leader, had this to say:

“NO ONE LIKES PIGEONS, SURE. BUT WHAT WE DO HAS BENEFITS FOR EVERYONE. THIS WILL RIPPLE OUT FOR A BETTER WORLD. EXCEPT FOR SEAGULLS. THEY SUCK.”

State legislature did recently pass a bill requiring businesses to provide their birds with proper severances in the event of sudden unemployment. However, pigeons are still awaiting protections from workplace discrimination on the basis of sexuality. “LIVEABLE CONDITIONS AT BIRD BATHS ARE A MUST AS WELL,” insisted Mango.

The retaliatory effect can be seen when you walk through the streets—any business that has put up spikes on its roof or netting has been violently shat upon, to the point of closure by health officials.

Giddy McGirdle, their beak pointed out towards the dawn of a new age, had this prediction to make: “THE ELITE ARE DYING OFF, AND WE’RE FUCKING WHO WE LOVE LIKE NOBIRDIE’S BUSINESS.”