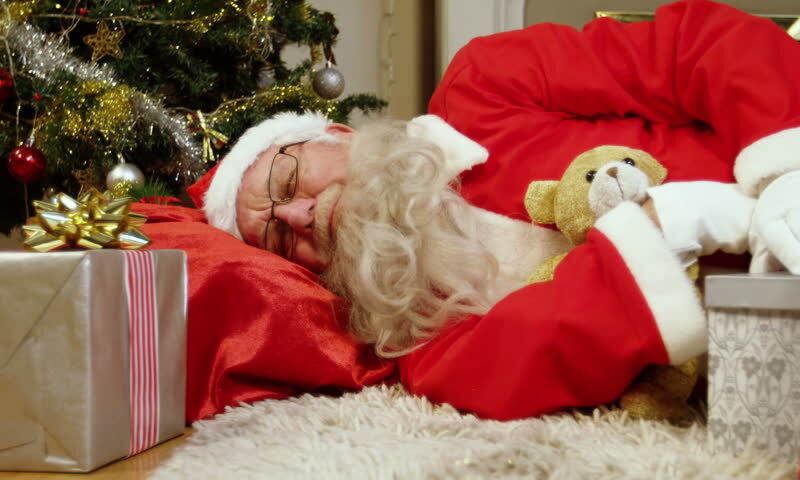 SANTA’S WORKSHOP— After a busy Christmas Eve, Santa Claus is reportedly exhausted and dehydrated after delivering presents to the world’s nice children and performing the traditional breeding of the good twinks.

“Ho ho ho. I’m happy I got to deliver my gifts to all the good girls and boys this year. I just underestimated how many twinks there are in the world and how many have actually been good during quarantine,” Santa said while leaning back in a red leather La-Z-Boy and placing a cold ball of snow on the front of his red velvet suit pants.

While there was concern Mr. Claus would be unable to perform his responsibilities due to the pandemic, Dr. Anthony Fauci saved Christmas earlier this week by announcing that he’d personally administered the COVID-19 vaccine to Mr. Claus. However, as a condition, Santa agreed that this year’s nice list would only include those who’ve worn face masks in public, practiced social distancing, and voted. A change that, much to the delight of the world’s twink population, caused his usual list to triple in size.

“It’s a testament to the Christmas spirit inside us twinks that so many of us went out during Election Day and canceled our shares on Fire Island,” remarked first-time good twink Benedict Saperstein in his assless elf onesie.

Even Santa’s regulars were enthusiastic about the increase in good twink behavior. “I left out sugar cookies and poppers, but when I saw the twinkle of exhaustion in his eyes, I knew we had to be quick,” Emmanuel Pritchard added while taking down the traditional penis shaped lights to mark a twink’s home. “I love a generous older man. What a Christmas stud.”

Through the changes, Santa was glad to bring joy to more of the world’s twinks though he’s looking forward to a shorter list that he’ll be able to check twice next year. Before taking a much-needed rest, he mentioned that the naughty twinks were given the traditional coal in their stockings and not in the good way. It was a particularly easy delivery as they were all found congregating in the same place: H&M.