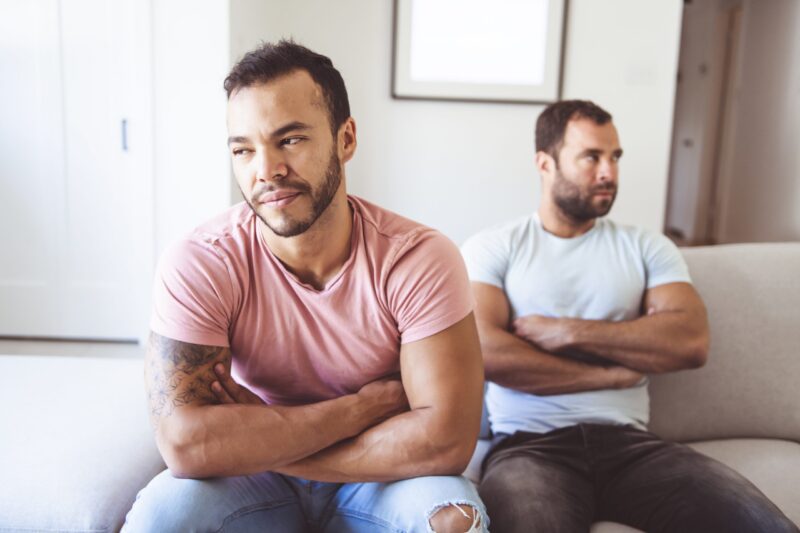 LOS ANGELES, CA— It seemed like vacation would never end for Tom and Thom. Whether they were taking their 1.3 million followers to Cabo where their abs were out or to Puerto Vallarta where the golden sunsets highlighted their abs, the Instagay love birds kept followers posted on their “love collab.” But the abs have abdicated: after not posting for over 24 hours, the couple announced that @TTandTiddies was splitting up, leaving a tortuous custody battle over their account.

Heartbroken fans took to the comments to respond. “Nooooo ur so hot love is dead” wrote @twinkhunter1. The hashtags #husbands, #gaycouple and #beardlove were all flooded with fan art of the couple. One depicted them in black and white except for their nipples which were in color, an apparent nod to “Schindler’s List”; the caption simply read “Tragedy.”

Currently, Instagram’s custody agreement puts control of the account under top Tom’s parents who do not understand what Instagram is or how it could possibly work. “Why is my son naked?” Tom’s mother asked when shown the joint account.

While the men disagree on who should get custody, both agree that something needs to act fast: research shows that Instagram accounts without love and attention under perform throughout their lifetime.

In court, Tom set out to argue that Thom was an inattentive ‘gram-mother’, one time not posting for four consecutive hours. “My feet content has moved to my personal OnlyFans, link in my bio,” he added since the interview turned out to be a public live stream.

The proceedings were guaranteed to get messy. Tom and Thom, both lawyers moonlighting as Barry’s Bootcamp instructors, are notoriously litigious. Thom once shut down the account @hotmenbeardmentitpecsBRAZIL when they reposted his picture with the caption “Daddy snacks.”

What’s obvious is that both men have a deep love for their Instagram account. “When we opened the account last August, #vacationabs was mostly used ironically. If I’m proud of anything, it’s that we changed the dialogue on being hot on vacation,” Tom said. Asked for his proudest memory of the account, Thom said, “Me, all the pictures that have me in them, that’s what I’m proud of.”

The couple’s actual children have been released into the wild.