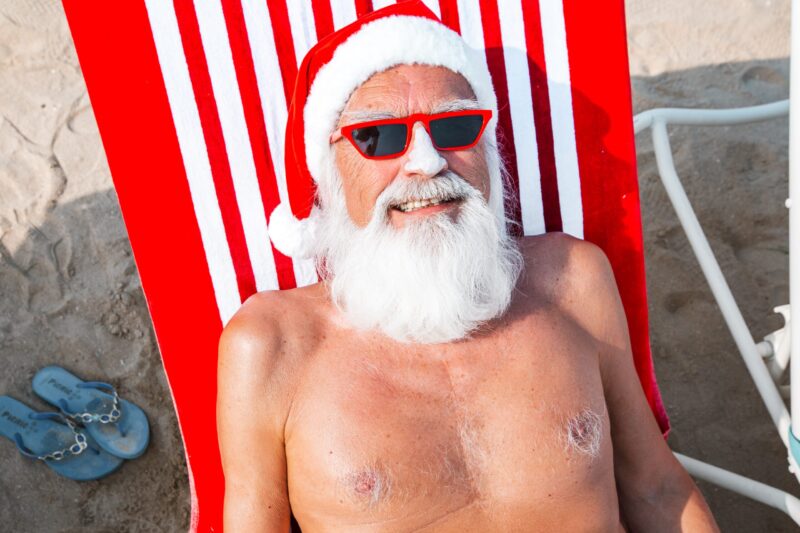 SAN ANTONIO, TX— “The thing is, 25 is a really big number,” explains Hank Gorman. Gorman’s advent calendar Oops! All Santa features risque, theoretically artistic nude photographs that are meant to be torn away once per day through December–but consumers were hardly a week in before they noticed the project getting…avant garde.

“The amount of reindeer content confused me,” said group member Katie Laudy. “It’s called ‘Oops! All Santa,’ but there are at least 4 variations on Reindeer game puns. Also in the one where all the reindeer [nude bodybuilders in Spartan sandals and antlers] are pulling the sleigh, are they…actually pulling it?” Indeed, December 20th’s ‘Lift Off!’ features a quartet of erectionless muscle unposed but struggling to pull along a massive wooden sleigh.

Gorman is aware of the group but is unbefluttered. “Not everyone is going to agree with me and that’s okay,” he said, with no clear reference to anyone disagreeing with him. While he conceded that he had run out of ideas, he has no plans to issue refunds. “In fact, I’m already shooting for my Easter advent calendar,” he said, apparently unfamiliar with the concept of an advent calendar.